Sophia Amador’s racy, fast-paced romantic thriller Play at Soul’s Edge blends redemption, risk, and romance in a tale packed with twists and turns that will leave you questioning your definition of good and evil.

Elisa Gallardo was brought up to be a good girl. Or else. She gives up her bad boy crush to date Adrian Salas, high school class president. But behind his calm, studious persona, Adrian is secretly the leader of Tenebras, the gang behind a highly addictive new drug. Between undercover cops and rival gangsters determined to take Adrian down, Elisa’s relationship puts her in more danger than ever before—even from her abusive parents.

Now Elisa is trapped in a vicious drug war that will put her life—and all her morals—at risk. A powerful gangster has Adrian in his sights and doesn’t care how many innocents he has to kill. Can Adrian escape the gang he himself created, or will Elisa find breaking the rules too alluring? In a race against time, Elisa and Adrian must make heart-wrenching choices to avert disaster, or neither of them will have a future at all, much less together.

Play at Soul’s Edge will be published October 20, 2016 and is now available on Amazon at amazon.com/author/sophiaamador. 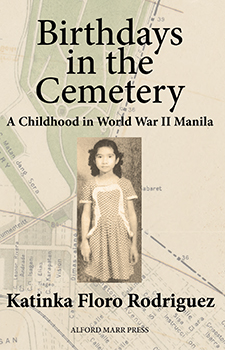 Birthdays in the Cemetery (B&W softcover)

Birthdays in the Cemetery (Kindle) (eBook)

Read an excerpt here for free.

Birthdays in the Cemetery

Just after Pearl Harbor Day, a motherless six-year-old girl awakens when a bomb falls a block from her home, the beginning of years of shattering deprivation.

In World War II Manila, Katinka suffers starvation, illness, and cruelty and loses family in the infamous Bataan Death March. She survives the Japanese occupation and the Battle of Manila. By the end of the war, Manila is destroyed and a million Filipinos are dead, but Katinka has endured the worst and now experiences the American liberation and reconstruction.

Packed with historical maps, original photographs, and an illustrated Tagalog glossary, Birthdays in the Cemetery is rich in sensory details about Filipino culture, vivid characters, and humor. This historical memoir offers a rare glimpse into the often-neglected story of World War II in the Philippines. 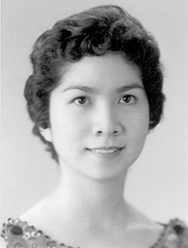 Katinka Floro Rodriguez has written an uplifting memoir about the human spirit and its triumph over adversity in the midst of death and despair. An immigrant to the United States and award-winning photographer, Katinka tells her story in a way that will touch you with her gentle humor and generous spirit, while shedding light on a rarely-described period in world history.

Birthdays in the Cemetery is now available on Amazon (June 2016).

Alford Marr is pleased to announce the upcoming publication of Birthdays in the Cemetery by Katinka Rodriguez, a vivid and heartwarming coming-of-age memoir set in the Philippines during World War II.

Katinka Rodriguez was born in the Philippines in 1935 but spent most of her adult life in the United States. In her memoir, Rodriguez writes about her childhood on the war-torn streets of Manila with a direct and vivid voice, bringing to life a time and a culture that many Americans know little about.

Birthdays in the Cemetery will be available in 2016 on Amazon in hardcover and paperback, or as a Kindle e-book.